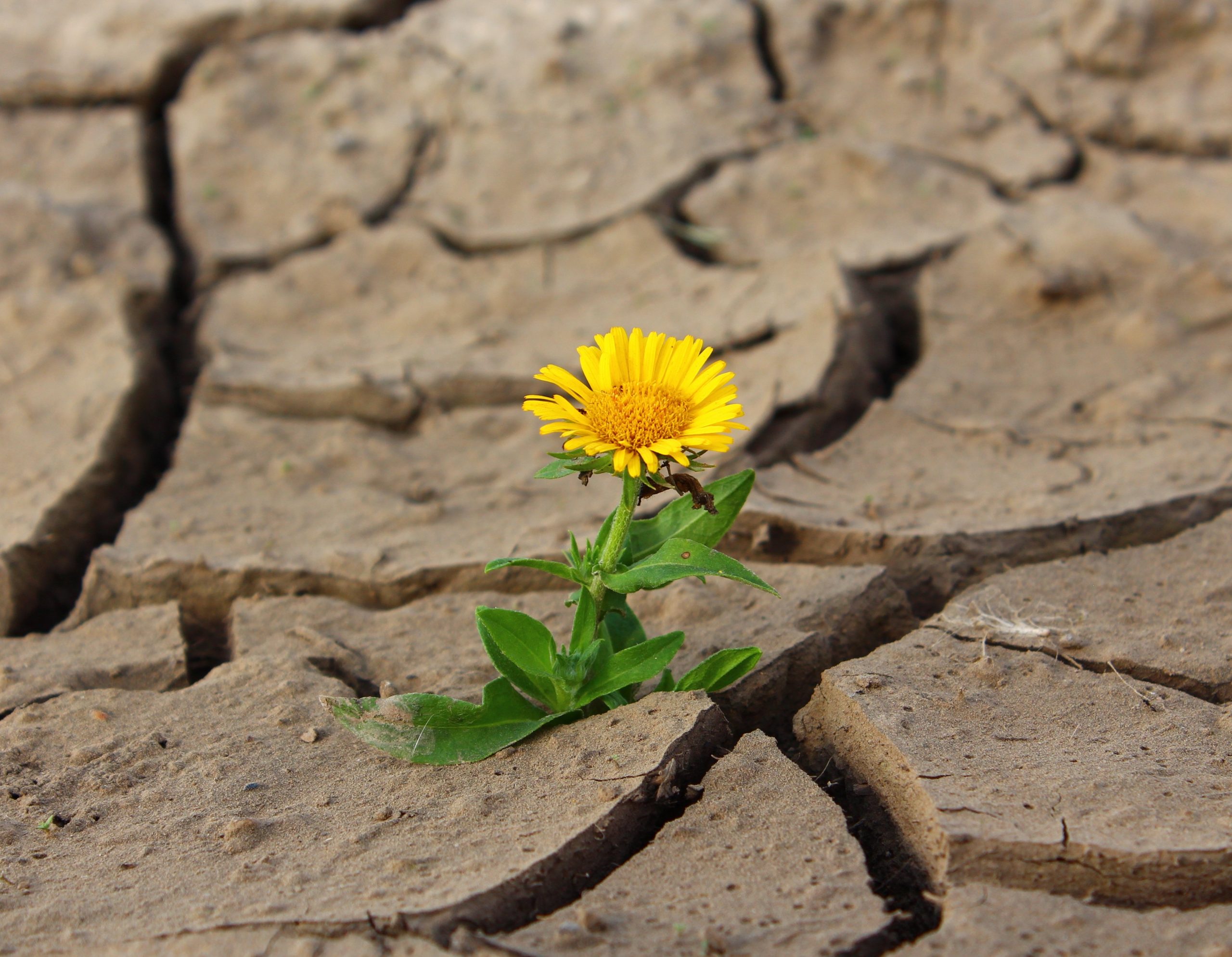 Since sexual violence has been such a major part of my life, I will be breaking these stories down into segments.  The purpose of sharing my experiences is to inform people that it’s not ok. It can happen to anyone, at any age, but you can bounce back from it.

The pain never goes away but you can learn and grow from it.

After my sister got out of the burn hospital, we moved to a small farm town in Western Kansas.  There wasn’t much to the town, very little for teenagers to do.  We had a bowling alley, movie theater, Dairy Queen, and a gas station.  On Friday nights, the kids would pull up and show their cars off.

One night I met this dreamy guy with blonde hair and blue eyes, he asked me to take a ride with him.   I was so shy but so flattered.  I thought he could have asked anyone, why did he ask me?  My girlfriends, who were from there, tried to warn me, but I assumed they were just jealous so I didn’t listen.

I proudly got in his car and we hit the streets.

At first, it was amazing. He was charming and friendly as he drove around showing off his 1985 mustang. He was telling me all the right things. The flattery boosted my confidence.

I felt special. I felt on top of the world.

The only real attention a guy my age had ever given me. I was always a tomboy and the boys never found me attractive.  It wasn’t until about 12, I grew into my looks, even then I didn’t develop as fast as the other girls. Most of the guys treated me like a sister.  So for this really dreamy guy to choose me, drive me around, showing me off with his car, was like being on top of the moon.

I should have listened to my friends.

About twenty minutes into our drive around town, and him making me smile, he felt he had me right where he wanted me.  He reached over and stroked my thigh. I instantly pulled away. The fear of the situation just a year earlier flooded over me.  The more I pulled away the harder he tried.  He leaned in to kiss me, I pulled away and asked him to take me back.

Instantly, the dreamy guy I got in the car with was gone.

Now, all I saw was anger and darkness.  He floored it.  He drove me back to the Dairy Queen, where everyone was hanging out, screeching his tires and making a scene. I was holding back tears.

A tall gentleman opened my door, asked if I was ok.  He saw the terror in my eyes and he knew what had happened.  He gave me his hand, took his coat off, draped it over my shoulders, and yelled at the guy driving the car.  I didn’t realize they were brothers at the time, but my knight comforted me.  From that moment, him caring for me, resulted in us becoming a couple.

He would be my first boyfriend.

I was pretty closed off and naive compared to my girlfriends.  I’m sure I made out with my knight that evening. We were both going through some rather tragic events in our personal lives at the time.  His dad had just died.  My family had literally uprooted because of how my sister got burned in a fire.  He lived a town over.  We went to different high schools, but his farm was very close to ours.  While the other kids were getting messed up and having sex, he and I would fish and work on cars.  He was two years older than me.

I don’t know that I was ready to date yet, but I felt proud to wear his letterman jacket to school every day. When wearing it, I would parade myself around like I was his property.  Our schools were very small, so everyone knew what everyone was doing.

Like most small towns, Friday night high school football was the biggest thing of the week.  He showed up to pick me up after every game.  Home games, win or lose, we would all get together, go out to our hang-out spot, and party.  This night things different.  He didn’t show up in his car, he showed up in someone else’s car with two other guys.  He opened the door and asked me to get in the backseat with him.

In the passenger seat was his brother McDreamy, the driver was someone I didn’t know.  Months had passed by this time, so I didn’t think anything about it.  My knight and I cuddled in the back seat. It was fall and chilly out.  I listened to the guys complain about how they lost and why they thought they had.

We pulled up to our usual spot but no one had arrived yet.  It had a little pond that we would often fish always light bonfires.  The guys told me they were going to get some wood and to wait for the rest to get there.  I wrapped my treasured letterman jacket around me as I waited for everyone to arrive.  While I was gazing out to the water, I lost all awareness of my surroundings.

Without warning, I felt someone’s cold hands around my mouth.  I heard a familiar voice tell me if I screamed they would hurt me.  My heart sunk.  It wasn’t my knight playing with me, it was his brother.  It was cold and dark, but there he was, butt naked.  I didn’t see the other two guys anywhere.

Tears ran down my face as naked McDreamy mounted me.  I could see the hate in his eyes.  He had such resentment that I chose his brother over him. He threatened to hurt me if I screamed, and all my fear from the past came flooding back.  All I could think was, how do you get yourself out of this.  He kissed me, put his hands down my shirt, slid his hands down my pants while he rubbed his erect penis against my crotch.  My pants were still on but I could feel the pressure.

I was still a virgin.

I didn’t want to lose my virginity that way.  I was frozen in fear as he did what he wanted to me.  I didn’t even fight.  I didn’t know how to.  If I did, would he overpower and hurt me?

I really thought I was going to die.

With all this fear and minutes that seemed like hours passed, I started to think all three guys had set me up.

Just as McDreamy was about to rip my pants off, the guys returned with the wood and saw what was happening.  They pulled him off me and a fight started.  I didn’t know what to do. I panicked.  I got up, ran to the car, and took off.  I cried all the way home.  We didn’t have GPS or cell phones back then and this was way out in the sticks country.

When I pulled into the driveway, hysterical, I saw my father and the town sheriff waiting for me.  My dad had this ear to ear grin, almost like he had never been so proud, the sheriff had a look of disapproval.  I barely put the car in park as I ran to my daddy, crying.  I could barely catch my breath long enough to explain what happened.

The sheriff was there because he got a call that I had stolen the boy’s car and left them naked in the woods. As I gathered myself, I explained the events that led up to me “stealing” a car, and why ONE boy was naked.  The sheriff looked pale as I described the events, he had a daughter as well.  Things like this don’t happen in small farm towns.

I was cleared of any wrongdoing, but my dad made me break up with my knight. It sucked, but at the same time, I wasn’t emotionally ready for that type of relationship.  The driver of the car happened to be the son of my dad’s friend who lived on a farm nearby.  He was a senior, who was also a basketball player.  He had a full scholarship to attend Wichita State University.  My dad took me over there, we sat down with him and his dad, and the driver proceeded to tell both our fathers, in detail, what he witnessed.  It was even more horrific hearing the details I didn’t know.

He justified it by assuming that McDreamy was just blowing off steam.  He felt so bad that he became my second boyfriend that night.  We actually never saw each other, but he called me every night to check on me. When we moved to Galveston, for my sister to be seen by the Shriners Hospital, we would talk, but eventually, the calls stopped.

Sadly the events of that night took a toll on all of us.  The driver started drinking and doing drugs and lost his scholarship.  Mc Dreamy ended up going to prison, more than once, for raping women.  My knight went through a series of shit until he finally got himself back together; he and I are good friends to this day.

One would think that I’ve been through enough based on the two stories I’ve shared so far, but no, the sexual assaults didn’t end for years.  The older I got, the more negative attention I got, and the lower my self-esteem got.

On my 15th birthday, which falls during the standard Christmas break at most public schools, we loaded up the car and drove to Galveston, Texas.

At the time, Galveston was one of 7 places in the country, if not the world, that housed the best burn hospitals in the world.  We were just supposed to be there for a week, but we never did return to the house in Kansas.

Uprooting and packing up was something I became so used to.  I went to 5 kindergartens and 4 high schools.  For reasons I’ll share in another article, we would pick up and leave in the middle of the night my entire life.  We never got to say goodbye and we only took what would fit in the car.  Leaving things and people behind became so normal to me that I don’t know if I even had any feelings about it.

Galveston was a new world compared to the small farm towns or mountain communities I had grown up in. Shriner’s put us up in a motel on the far east end.  I had never seen the beach before either. Galveston was designed for walking way more than any other place I’d lived.

Due to the limited space, I did everything I could to get out of the motel.

Unfortunately, that would lead to a series of horrible men that would become fixated on me.  I also developed more and living on an island, you tend to wear less clothing than you do on a farm.  Times when I thought I looked cute, all I did was attract the attention of sick grown men.