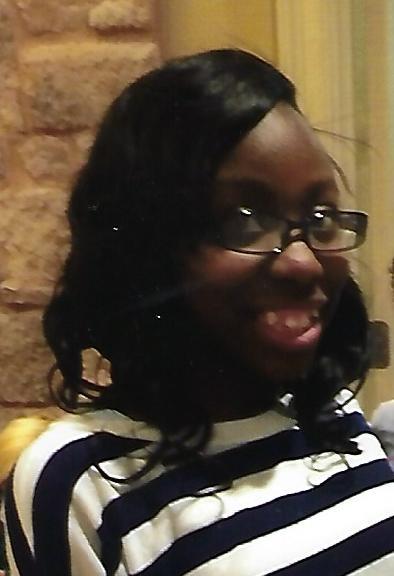 May 22, 2019 made one year since Arionna Parham walked out her door headed to school at Dickinson High, but she never made it there and hasn’t been seen since. May 23rd Arionna would have graduated from Dickinson High.

Arionna Parham may have been an 18-year-old girl but she wasn’t mentally or emotionally as mature as most 18-year-old, she was also very naïve and trusting. Arionna suffered from severe asthma that required medication. When Arionna didn’t come home that afternoon her sister Dee immediately knew something was wrong. Arionna’s cell phone and inhaler remained untouched in her room. No personal belongings had been removed. No note left saying she was leaving. She was just gone.

Arionna’s home life with her mother wasn’t going very well so her sister Dee, who is only a few years older, took her into her home and loved her just like she loves the rest of her children. When Dee found out Arionna didn’t make it to school, didn’t come home, she immediately went into action looking for her. She found out that Arionna had been hanging out with a much older man from the neighborhood. He had been giving Arionna money and was seen picking her up for school that morning. Learning this information Dee knew something was wrong and contacted the Dickinson PD.

Mando Cruz is the man seen picking Arionna up that morning. Mando has a lengthy criminal history, ties to drugs and sex trafficking. People in the community fear not only him, but most members of his family including his brother Oscar. When you mention the Cruz brothers you see the fear in the eyes of the people that live in the neighborhood. Many rumors circulate throughout the community that Mando and Oscar have been suspects in several rapes and also several girls who have disappeared from the area.

Dee knew that Arionna didn’t just run away that morning. Her sweet sister who loves the colors purple and blue, eating hot fries and her aunts cabbage, she loved to cook and dance and watch YouTube and reality tv shows but most of all loved her family, would not just up and leave without saying a word, without leaving a note, without taking her cellphone and her medication. However, Dickinson PD, Detective Oliver, didn’t feel the same. They took the report, knowing how dangerous Mando Cruz is, they still brushed it off as she was 18 and probably just took off.

Dee wasn’t going to give up without a fight. She took to the internet and started posting about her missing sister. She felt like her sister didn’t matter because she was black and lived in a lower-income neighborhood. Had an 18-year-old white girl from an upper-class family gone missing the police and media would have been all over it. Dickinson is vastly growing, but at its cores, it’s still a small village and very tight-knit. So, the community took matters in its own hands and flooded the internet with a post about this missing girl.

The community has reason to be worried. Dickinson is nestled in the heart of Galveston County, which is also where the infamous Texas Killing fields are located. Most of those cases still remain unsolved. One of the scariest cases is that of Jennifer Schuett, the brave 8-year-old girl who was kidnapped from her bedroom, in the middle of the night by a stranger. She was raped, her throat slashed and she was left for dead. Amazingly she was found many hours later by children playing in the field. She was laying in an ant bed clinging to life. Jennifer had a fire in her and fought for her life, she managed to memorize every detail she could about the man that had taken her. Including his appearance, his car, even the type of cigarettes he smoked. Even with all those details and a surviving victim, it would be 20 years before her case was solved. Her case wasn’t solved by tireless efforts of the Dickinson PD, it was solved by DNA after her attacker had raped other women.

In the heart of Dickinson lies the headquarters of what has become one of the most respected private agencies that search for missing people, Equusearch. Tim Miller, the founder of Equusearch turned his pain into a passion after his daughter, Laura Miller, was found in the killing fields, murdered, in 1984. Tim feels he knows who is responsible for his daughter’s murder, but to this day it remains an open case. Equusearch has gained national recognition for its recovery efforts. Dickinson PD is fully aware they have those resources at their fingertips, but it was three weeks before Tim Miller was notified about Arionna’s disappearance.

The moment Tim heard about the details of Arionna’s case it became a personal mission to do everything in his power to bring her home. Tim takes every case he works on seriously and he works every case with passion, however, this case is different. Not only did this young lady go missing in his community but he is very familiar with Mando Cruz, his family, and his reputation.

Not only by rumors and speculation but years earlier when Tim had his construction company, Mando worked for him as a professional concrete pourer. Instantly it became personal for Tim Miller. Unfortunately, those three weeks before Equusearch was brought in were extremely vital, after three weeks it’s already a cold case. Tim contacted Mando in hopes that their relationship may lead to some clues of what could have happened to Arionna.

Due to new federal laws that are designed to protect a person’s privacy but seriously hinder a missing person’s investigation he wasn’t able to get phone records or access to social media accounts and without more proof she didn’t leave on her own free will the judges wouldn’t issue a warrant. Tim dedicated every bit of time, energy and money into looking for Arionna but without some clues of where to start, it’s nearly impossible to search for someone with the miles and miles of swamp and woodlands in Galveston County. He even checked to see if Mando poured concrete around the time Arionna went missing and came up with nothing.

Meanwhile, the community spoke up, the community made it known that Arionna was someone and would not just be forgotten. Mando felt the heat, panicked and ran to New Braunfels, avoiding the investigation and leaving his brother Oscar to deal with the heat. Oscar flooded Facebook with videos claiming the public attention had put his life in danger, and proclaiming his family is innocent. It seemed everyone cared about what happened to Arionna but the Dickinson PD and detective Oliver.

Over the past year there has been speculation amongst the locals that the Cruz family is protected by the Dickinson police despite the fact they have terrorized people for years, they have been suspects in an array of crimes and the majority of the males have criminal records, including a cousin who moved to Mexico to avoid prosecution.

There is a long list of victims that their families still have no closure, people who are praying on the area children and yet the local authorities seem complacent about solving these crimes. Is this incompetence? Lack of resources and training? A lack of experience in these types of crimes? Or is it more sinister? Are they protecting the men that are committing these crimes for an unknown agenda?

Where is Arionna Parham? Dee still feels deep in her heart that her sister is alive and one day will be home with her family enjoying her aunt’s cabbage, other’s feelings when she is found it will be to bring her home to rest. Dee has never given up. With the lack of progress by the Dickinson PD, Dee has reached out to the FBI. They are currently investigating her disappearance; however, they have no leads to what could have happened to her. Meanwhile, Mando has been scene back in town living his life as nothing happened.

These names are not all those associated with the missing in Galveston county and surrounding areas. However, these are the names that come to mind. Some of these ladies were so young, several thought they were safe because they had a friend with them, but both were taken. There is absolutely no reason why any young female vanishing should not be taken seriously and should not be immediately investigated. In addition to the predators that are feeding off our children we are also in the sex trafficking hub of the US. It only takes a second and your child could be gone, shipped off to a holding center drugged up, brain washed, raped and sold off.